Fralinger Orchards is a fifth generation stone fruit grower operating in Bridgeton, N.J. since 1875.  Bob Fralinger Jr. and his son Robert III are now at the helm along with his 18-year old son Andrew. After decades of growing a vast variety of produce they started concentrating on peaches and nectarines in 1964. That original 50 acre orchard grew into 450 acres today and they ship as far as Michigan, Canada and New England.

There are two cultivating techniques that make Fralinger’s stone fruit so special. The first is that their peaches and nectarines are left on the tree until fully ripened. No fruit is picked before its time.  The second is that they harvest their trees 6-7 times throughout the season. Most growers pick only 3-4 times a year.  Frequent harvesting is much more labor-intensive but produces fruit with great color and exceptional tastes. 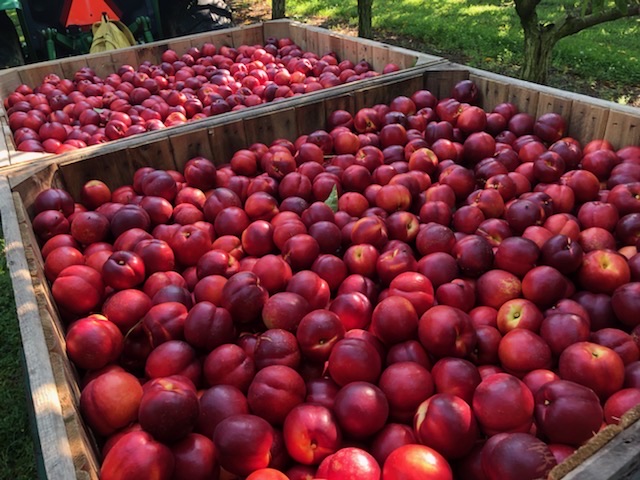